How’d You First Get Involved with ODTUG? - Part 4

I wanted to know how people first got involved with ODTUG so I sent out an email to some of my fellow ODTUGgers. Due to the sheer volume of responses I'll be posting multiple blogs to share their experience with you. Today's post highlights Danny Bryant, Wayne Van Sluys, Learco Brizzi, and Bambi Price. 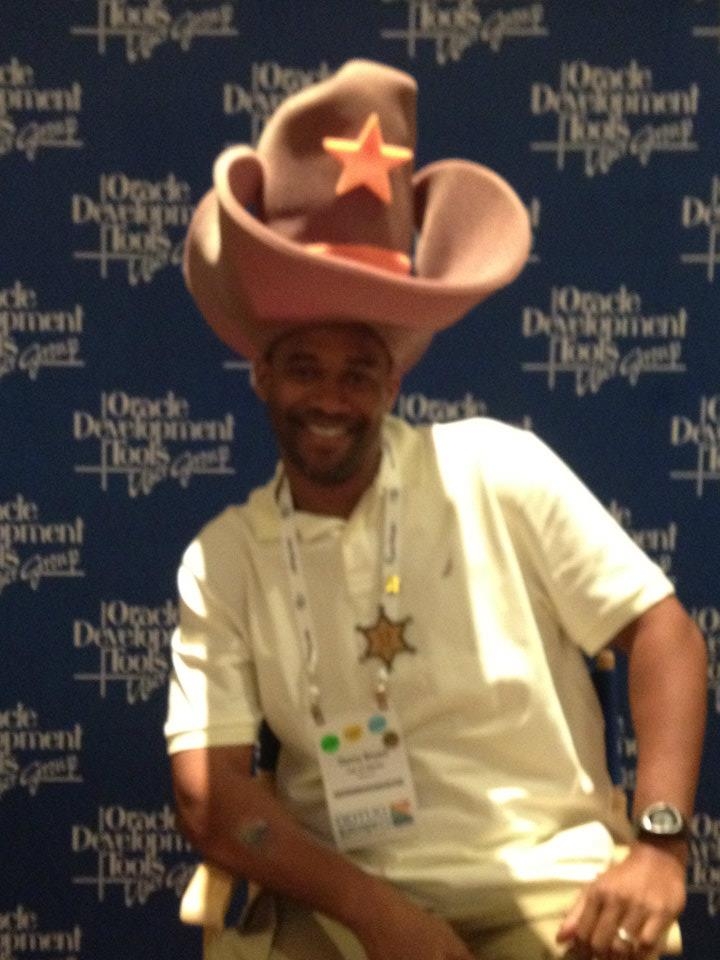 My involvement with ODTUG probably started off like many others. It was at OOW in 2011. My experience with Oracle is on the technical side of the house, and I was looking to connect with technical experts. Then I saw it … the ODTUG display. So I went over and introduced myself to whom I later came to know as Barbara. She started telling me about ODTUG and how getting involved was what I needed to do. Just like everywhere else at OOW, I had to get my badge scanned, and I would get entered into a drawing for a free Kscope registration. What the heck, right? I’m not gonna turn down that 1 in 49,000 chance. Barbara was also kind enough to invite me to a small gathering that the ODTUG group was hosting later that evening. It was a blast and little did I know, this was only the beginning.

After a successful conference, I headed back to Atlanta and didn’t think too much more about ODTUG. I did join, and visited the site regularly as the content on the site was terrific. Maybe a few weeks later, I get an email from some strange address notifying me that I won a complimentary registration to Kscope12 in San Antonio, TX. I started thinking back and connected the dots. That was that thing that I entered when they scanned my badge at OpenWorld.

So it’s January and I’m making my travel arrangements for Kscope! I can’t wait to get there. I’ve never been to San Antonio. Over the next few months I start looking at the sessions I want to attend, my job role has expanded, and we are about to implement the Hyperion suite. Kscope is looking better by the day. I am so ready to get there, spend time in as many sessions as I can fit into a day, and do a little bit of networking.

JACKPOT!!! This was arguably the best Oracle-centric conference I have been to. There was so much to see and do. I was like a kid in a candy store. I’ll have a little bit of APEX, how about some Hyperion, and just plain ole SQL. It was great. What impressed me the most was the icing on the cake turned out to be the networking opportunities. Meeting people like Monty, Oraclenerd (Chet), Martin, David, Data Warrior (Kent), Barbara, and Tim was awesome, and it was these personalities along with the depth, breadth, and quality of Kscope that really hooked me and said that ODTUG is a great organization to be a member of and work with.

I first got to know ODTUG in 2005 when Oracle gathered a number of user group people at Redwood Shores and I was representing APOUC. A number of people I worked with had been members of ODTUG over the years and I was aware that it was a highly thought of group.

At that time I was vice chair of the IOUC and after having the opportunity to meet with the board members on a number of occasions, I decide that ODTUG was the right group for me and joined in 2006. I ran for the board in 2007 and was honored to take up a board position in January 2008. 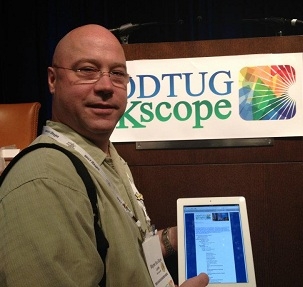 I had been an active presenter at Brio, Hyperion conferences in the BI tracks and when Oracle acquired Hyperion, I was looking for a new conference to attend for networking and technical skill growth. While I was with TopDown Consulting I had submitted a paper for Kscope 2009 in Monterey. This paper was accepted, but due to employment issues, I had to withdraw. I was able to financially plan for and fund my way to Kaleidoscope 2010 in Washington, D.C. At the conference I felt so welcome and learned so much that I made the commitment to attend Kscope11 immediately at the end of Kaleidoscope 2010 and registered before I left the hotel.

At Kscope11 I felt that I needed to be more than a conference attendee member of ODTUG and pursued getting involved. I have been part of the BI track content selection committee for the past two years. I have also developed a technical level with the other BI tools that are part of OBIEE so I felt I could provide presentations and have had two presentations accepted for Kscope13.