Getting to Know Your SIG Board 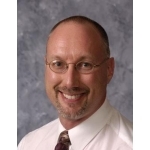 This month’s featured board member:

Where did you grow up?

Damar, KS. Located in NW Kansas, it is a small town of about 150 people with strong French-Canadian heritage. My high school senior class (consolidated with two other small towns) had 19 students!

What is your educational background?

What is an unusual fact about you that very few people know about?

I was nominated to be a torch bearer for the 1996 Summer Olympics in Atlanta. Unfortunately, I was not selected, but I did get to attend several Olympic events.

What is your work experience with Hyperion/EPM products?

In 1997 while working for WestPoint Stevens (a large textile company in Georgia), I implemented a new Sales and Marketing data mart and reporting application using Essbase and the old “Wired for OLAP” (predecessor to Analyzer/Web Analysis). That is when I became hooked on Essbase. In 1999 I joined Cessna where I implemented the Hyperion suite including Essbase, Web Analysis, Reports, and Pillar which we later replaced with Planning. I have been the IT lead and primary administrator for all Hyperion applications at Cessna ever since. Most recently I have implemented new applications using EIS to support Web Analysis dashboard reports with drill-through to our SAP/Enterprise Data Warehouse source databases.

What do you love most about working with Hyperion/EPM?

Building new Essbase cubes/applications and seeing how the users embrace them for their reporting and analysis. My users often look to Essbase as their first choice when they want to implement new reporting applications or replacing legacy apps.

How did you get involved with the Hyperion SIG Board?

While attending my first Kscope last year, I learned about the open positions on the Board. After encouragement from fellow co-workers, several well-known Hyperion consultants and former Board members, I decided that I should run for a member position. While I didn’t have the worldly experience that some of the past and present members had, I felt that my passion and enthusiasm for the Hyperion toolset would benefit the Board and its activities.

What value do you see ODTUG and the Hyperion SIG bringing to the user community?

I believe that without ODTUG and the Hyperion SIG, Kscope and related events would not be the outstanding events that they are today. I also believe that ODTUG and especially the Hyperion SIG provide a key source of learning and information for the Hyperion community. I consider myself as part of the majority of “typical, everyday IT Hyperion administrators” who have never consulted or been involved in multiple application implementations other than those that we have developed within our own jobs. Therefore, things such as Kscope, regional events, webinars, newsletters, blogs, tips and tricks, and the networking options offered by ODTUG and the Hyperion SIG are critical to people such as myself. They provide a key avenue to learn from and network with the world’s best with respect to Hyperion.