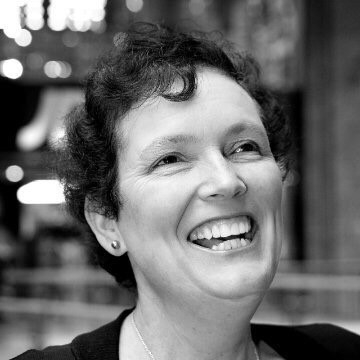 Debra Lilley is an icon in the Oracle world. Known for her leadership roles in UKOUG and IOUC, she is passionate about her Oracle user group participation. She travels the globe, speaks at conferences, and evangelizes the benefits of Oracle user group involvement.

If you follow Debra on Facebook, one of the first things you’ll realize is that her hobby is abundantly clear. Debra is a serious and committed scuba diver. She has been all over the globe and is always seeking out new and exciting dive spots.

Other Interesting Things About Debra 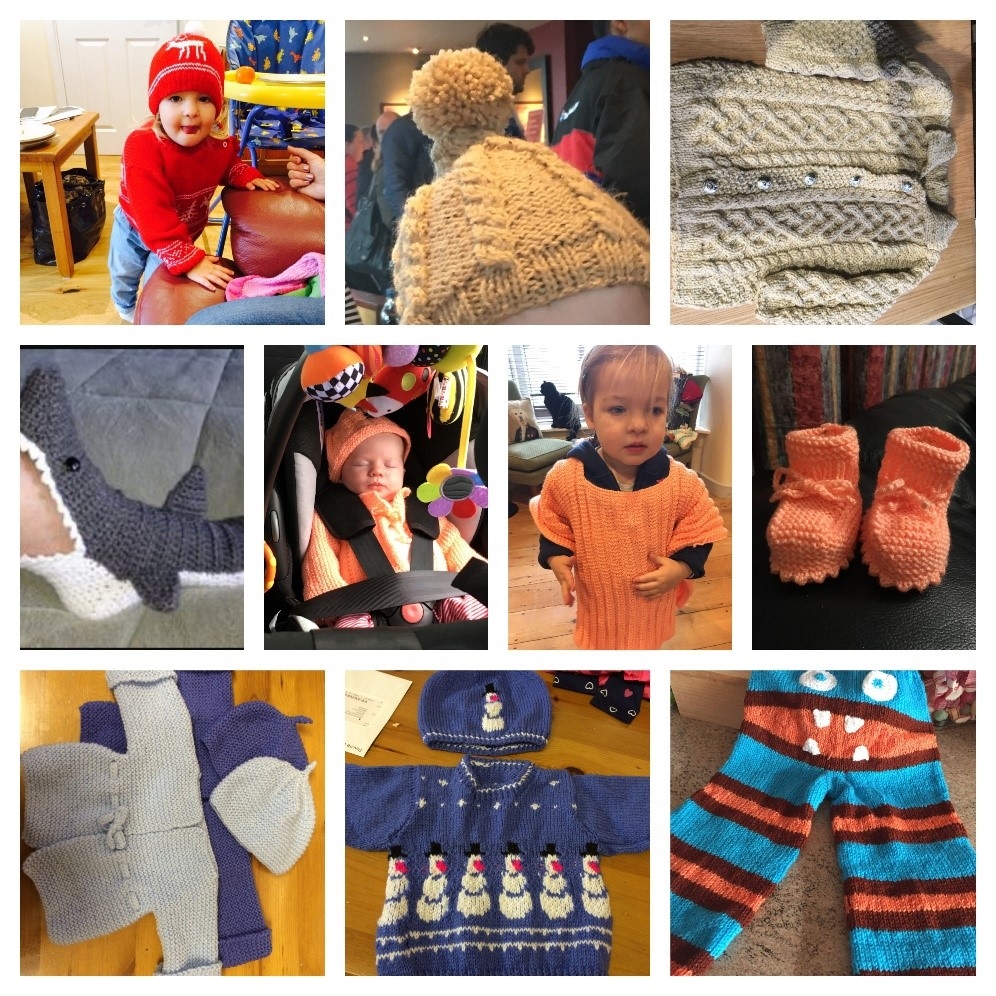 (some of the many things she's made!) 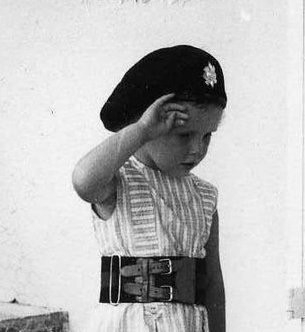 Debra adamantly touts that she is currently “not technical.” Although her career has been a long one in the IT space, she claims that her technical roots stem from her youth. She started her IT career accidentally by completing “an aptitude test that was about making a cup of tea ‘very British'.” Her first job was very technical as a COBOL programmer. Then she became an analyst.

Twenty years ago while working for Fujitsu, Debra was promoted. She didn't know then how much her life would be changed by this moment. She moved to Northern Ireland as part of the opportunity; it was where her-then husband had come from. She's been living there ever since. In those 20 years, she worked with both apps and "the tech that supports them.”

At that time, Debra was aware of user groups and saw the importance of them. She remembers complaining to a colleague that they weren't involved enough with them. Her curiosity eventually led her to leading the IOUC Product Development Committee. In 2008, she was awarded the Oracle Magazine User Group Advocate of the Year Award.

Since that point, Debra has been on the UKOUG Board for 11 of the past 12 years and was President at one point. She's spoken over 200 times at user group events internationally. She travels all year, and you can find her pretty much at every major Oracle conference. You can feel the passion in her voice as she says, “I can truly say I love my job.”

Her Journey into Scuba Diving 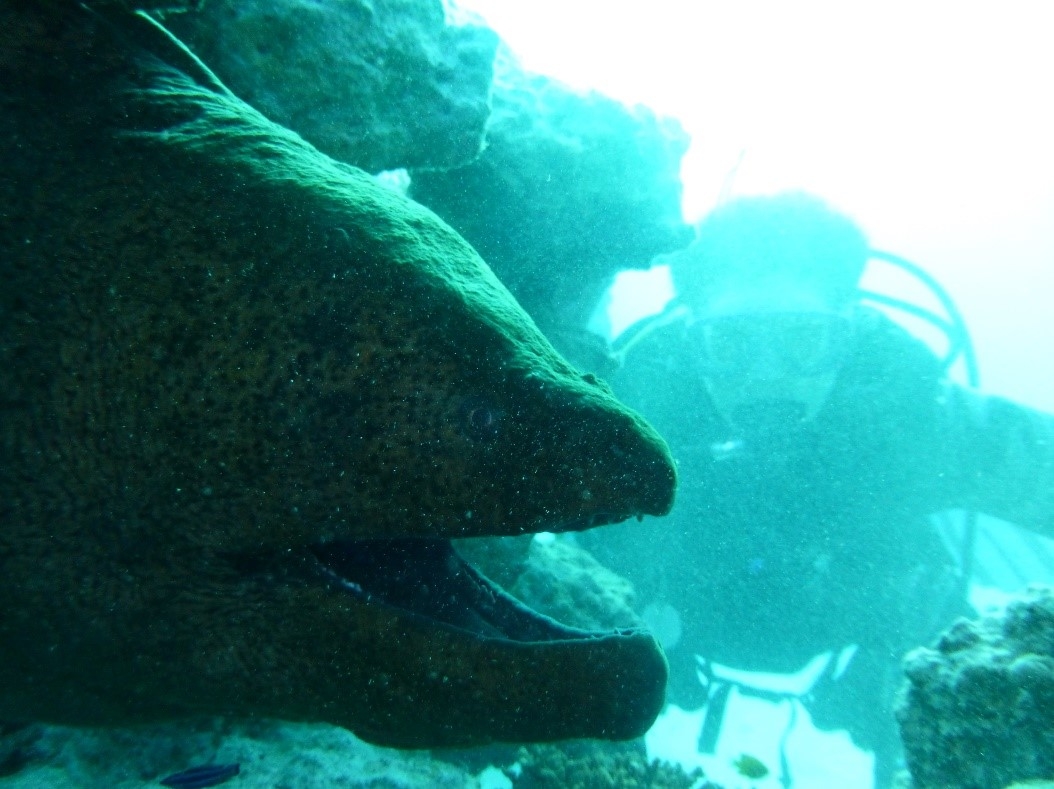 (watch out for the moray eel!)

Debra first learned how to scuba dive at the age of 49. Her Oracle friend Dan Norris suggested that she celebrate her 50th birthday with a dive trip. After that, she became completely addicted to it. She's been diving for five years now and recently during Christmas, she completed her 200th dive, of which she's very proud.

She also supports a charity called Deptherapy. This organization runs specially created diving programs for seriously injured service veterans. This type of therapy is especially helpful for veterans suffering from post-traumatic stress disorder. "The freedom it gives them is priceless," she said.

Her favorite thing about scuba diving is "the peace and tranquility below the water, and the ability to wonder at creation, the friendliness of the people above the water and the friends I have made."

Her biggest disappointment with diving is that her daughter is unable to join her on her excursions. Debra gushes about her amazing daughter, who is an officer in the military. Although her daughter learned how to dive and was able to join Debra on at least one trip, she perforated her eardrum and is unable to share in her mother's passion. 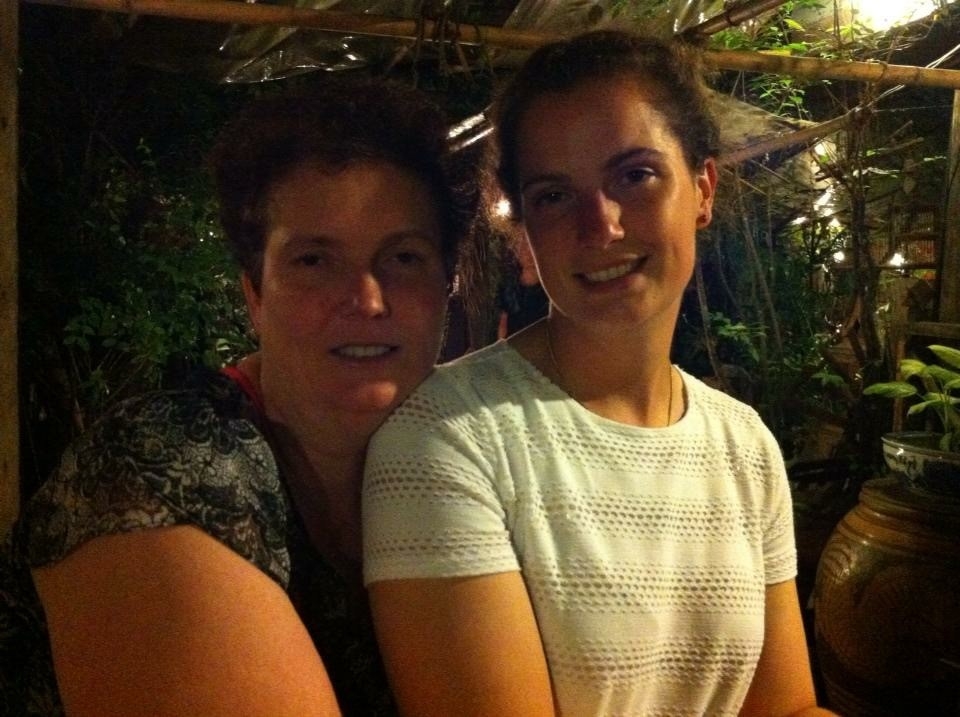 (Debra and her daughter Brooke)

Debra loves scuba diving because it "makes me feel good about myself. It is a complete break from my normal daily routine, although I love my job, and what there is to see, if simply out of this world. I have made so many wonderful friends."

Over the past five years, Debra has dived the globe. Her top five diving destinations include the following locations: 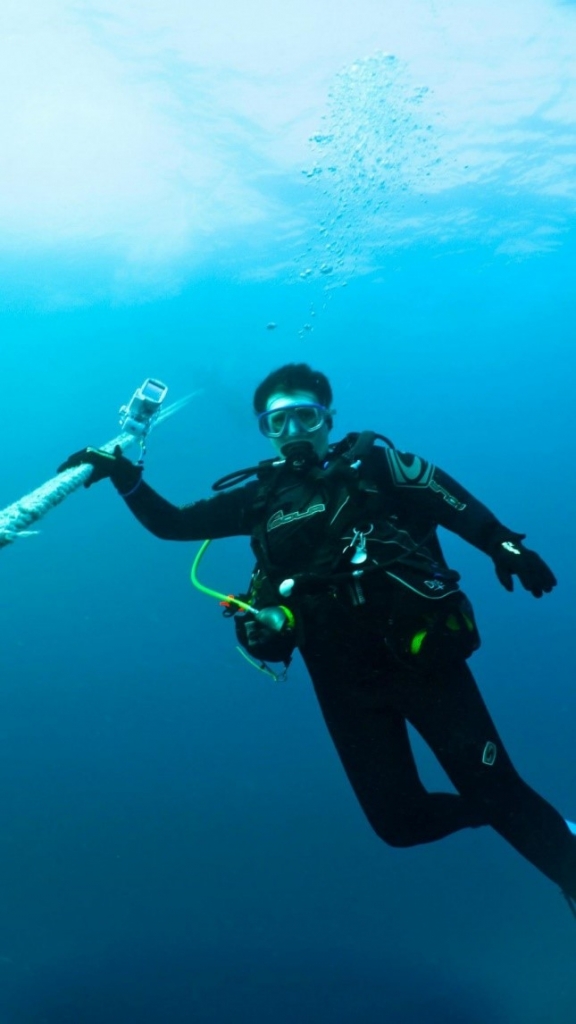 (diving at the SS Thistlegorm)

In addition, last year after Kscope15, Debra and Holger Friedrich went diving in Florida. She recounts that they "were ‘bothered’ by two remoras, the fish that attach themselves to the underside of sharks. They weren’t really dangerous, but I did feel threatened; the way they attach is like a suction cup, and I didn’t want that." 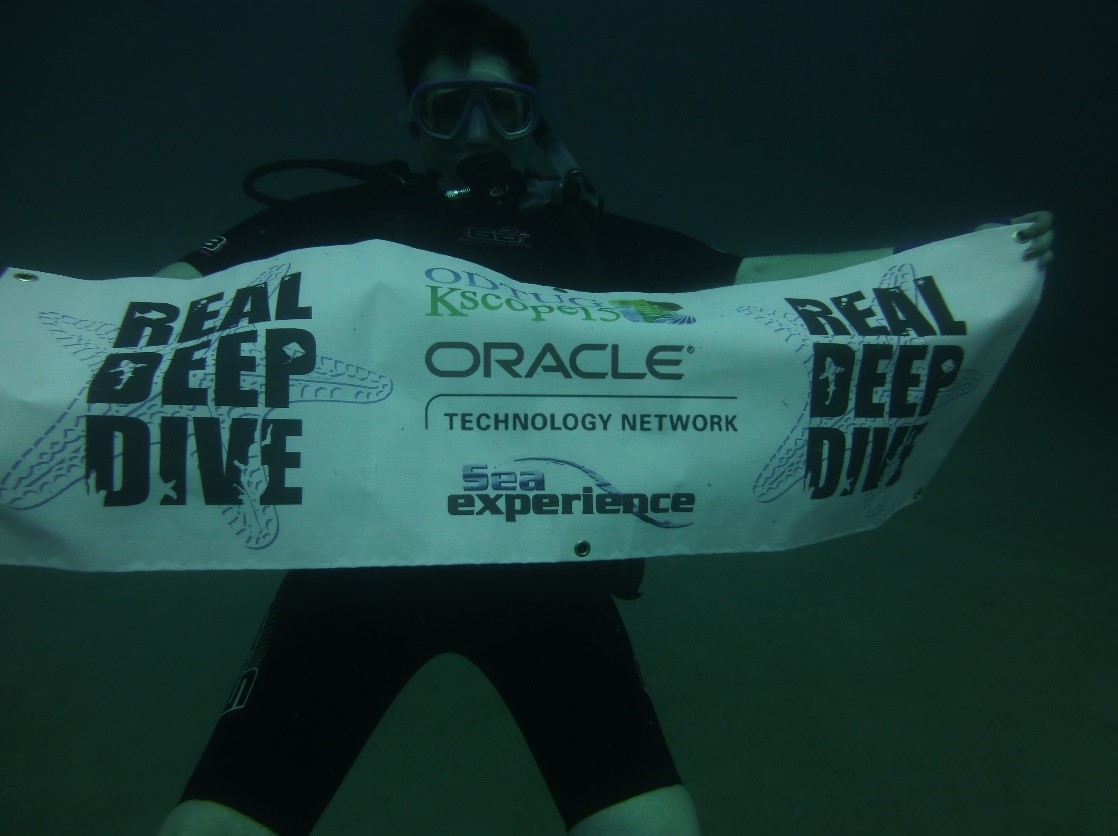 Debra offers the following advice for anyone who wants to get into this hobby:

She concludes with this final piece of advice: "Go on give it a try, find a good recognized instructor, and ask for a try session. If I can do it, you can." 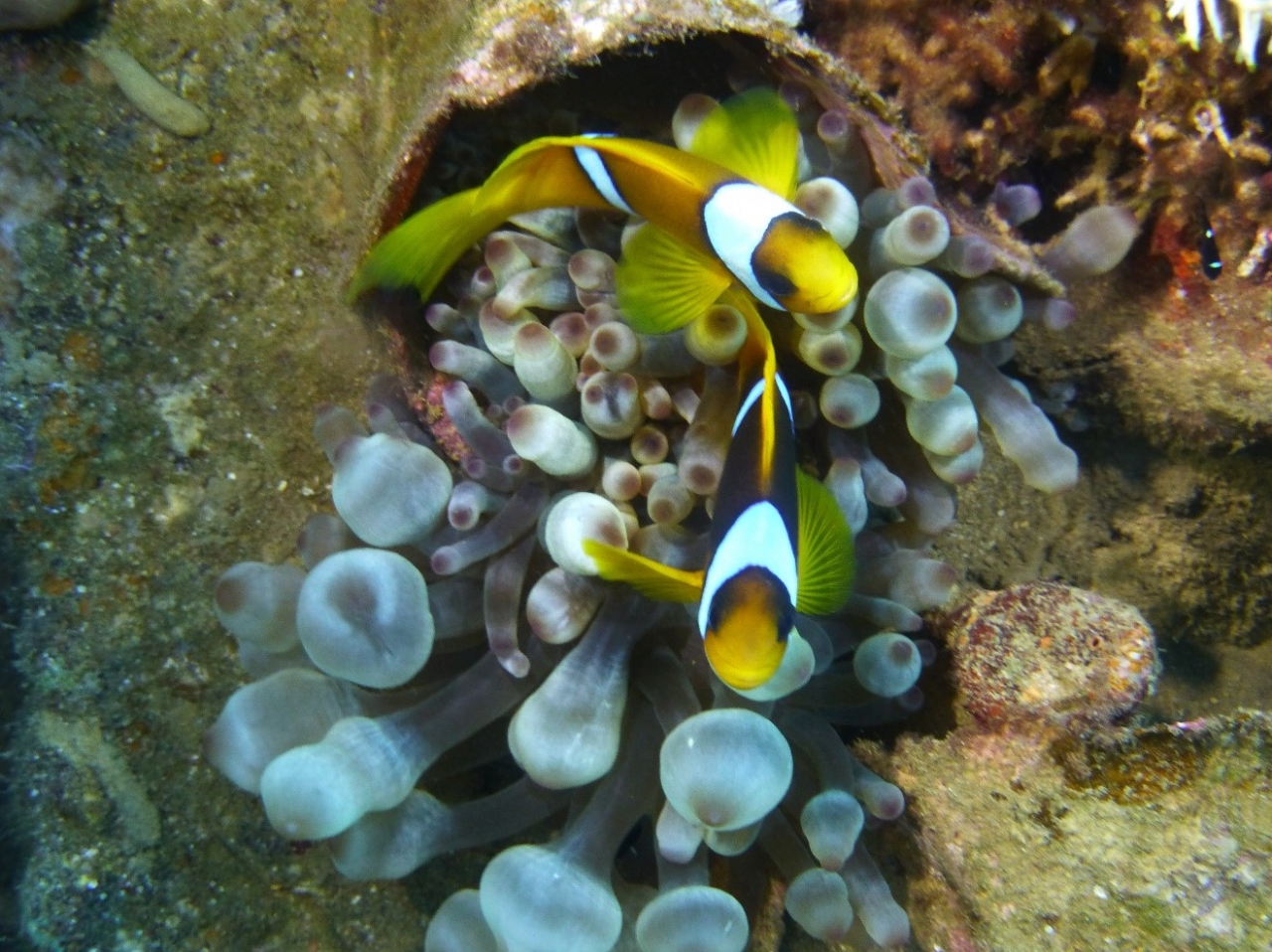 Debra recently dived in the Maldives over Easter. Her ultimate diving destination is the Great Barrier Reef, off the coast of Australia.

Happy diving adventures, Debra, and thank you for the educational interview! 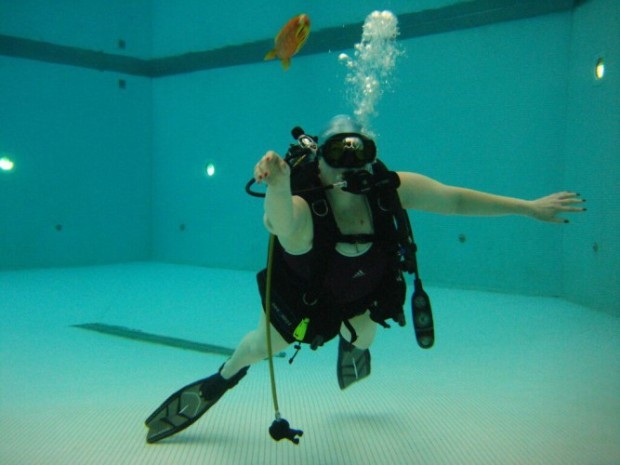