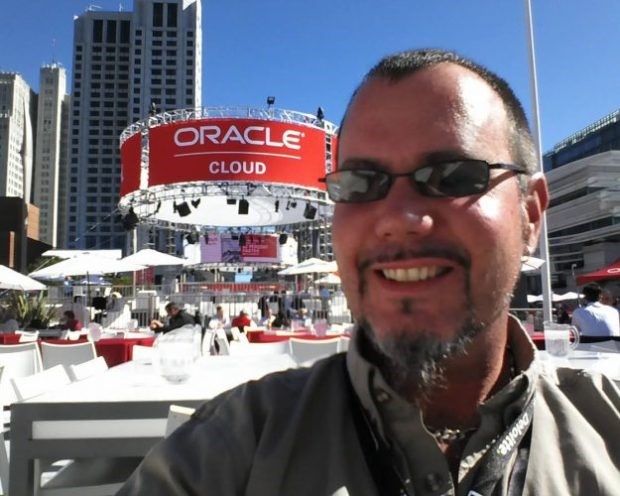 Drones, drones, drones: It seems like they're everywhere and are now being used for everything. Hobbyists are using them to capture amazing photos and video, Amazon has launched Amazon Prime Air – a service that uses drones to move products quickly and cheaply – and the US government is using them to assist with surveillance efforts. In recent news, a drone was intercepted by London police and seized for carrying a large amount of drugs. It appears drones are here to stay, as they offer efficient features at an attractive cost.

Jayson came highly recommended from the ODTUG Marketing Committee and is an expert on this topic. Many of you may already be familiar with Jayson's great UAV (a better term for "drone") footage at past Kscope conferences. At Kscope15, Jayson captured footage of the hotel areas, the beach side, morning Chi Gung, boat parties, and the Special Event White Party. Some of his footage is available in the Kscope15 wrap-up video:

As you can tell from the video, Jayson has a gift with UAVs. And believe it or not, he's actually known in the "drone" world for being an advocate for UAV hobbyists. If you Google his name in conjunction with "drone," you'll retrieve an immediate list of hits about an incident that happened in March 2015 related to the FAA asking him to revoke UAV footage from his website. Note that his “website” is simply his YouTube channel that is dedicated to his UAV flights. But before we get to that, let's learn a little bit about Jayson.

Jayson has a long history in the IT world. He describes his career as leveraging "anything that's available, from hardware to software to middleware and programming languages – pretty much every aspect of it." He's grown up with technology around him.

Some interesting things about Jayson that most people wouldn't know:

He and his wife are working on their third anniversary. They've been married since 11/12/13 14:15pm. They have four children. 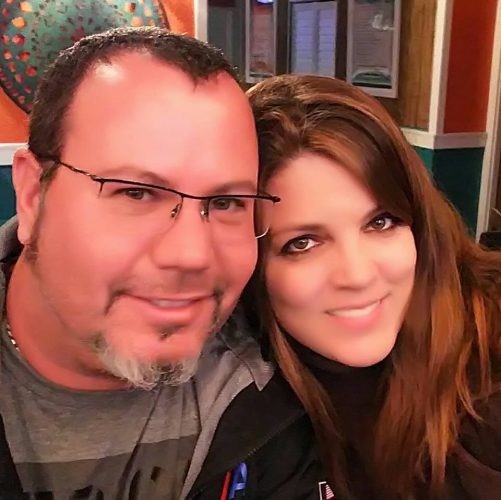 (Jayson and his beautiful wife Andrea)

Although Jayson has made a name for himself with UAVs, he's only been in the space for a few short years. How did he get started? In advance of Mother's Day 2013, Jayson went with one of his sons to Barnes & Noble and found a Parrot AR Drone 2.0. He thought it would be a cool activity to try out with the family. Their first flight was around their cul-de-sac, and they consequently met many of their neighbors for the first time!

Unfortunately, as many UAV enthusiasts encounter with their first set of flights, this model crashed and they had to buy a new one. They did fix the first UAV and it ended up being a positive experience, so they kept up the hobby.

Since then, due to one too many crashes, this has shifted from a family hobby to Jayson's personal hobby. He enjoys exploring landmarks, new areas, and any "cool" places with his UAVs. He also likes to check out cruise ships and the tops of buildings. "It gives you an opportunity to see subjects of our world from a different perspective that you can't see from the ground, and with control,” he said. “In the past, you would have had to use a helicopter with the door open. UAVs are cheaper, and they let you get into tighter spaces without the risk."

Jayson reflected on a UAV flight last year at Oracle OpenWorld. He flew his UAV to Alcatraz from San Francisco Pier 39. Here is some of his best video footage from 2015:

In December 2014, Jayson was in the news because he caught some amazing footage of fog rolling into downtown Tampa. He recorded the video, and it was picked up by several news agencies:

UAV? What Is That? Why Not Call Them "Drones"?

When I first had discussions with Jayson about his "drone" hobby, he was polite and didn't correct me. As we started talking, it became clear that "drone" is not the preferred term for serious hobbyists. Enthusiasts prefer "UAV," otherwise known as "unmanned aerial vehicle." They also use the term "UAS," also known as "unmanned aircraft system." "Drone" is the recognized term, and "UAV" encompasses more unmanned vehicles than just drones. So why the distinct line in the sand?

There are many articles written on the subject, but there is a clear pattern in the ones I checked out. As one article from uavinsider.com puts it, "Unfortunately the term ‘drone’ often carries with it a level of stigma inherited from their controversial military applications on the battlefield." There is a negative connotation associated with the d-word, which continues to drag with it additional baggage as drones become more accessible and invasion of privacy issues are argued.

The Perils of UAVs 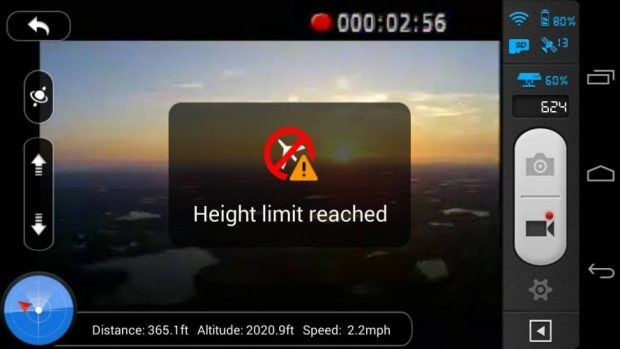 (An actual UAV error received at a pre-set max altitude)

We did fall into a natural conversation about the perils of UAVs – specifically privacy and government regulations. What does the FAA regulate?

Jayson has been reported to the FAA multiple times. There are a lot of rules and regulations in relation to UAVs, and they continue to evolve and become more complicated. There are two main rules that Jayson has been criticized of: proximity to certain airspaces and operating commercially (vs. as a hobbyist).

Regarding the first point, think about the airspace within 5 miles of an airport. This is airspace legally regulated by the FAA and therefore unsafe for UAVs to fly close to, as it might create obstructions for pilots. Jayson has received a few letters from the FAA about reports of him flying a UAV too close to airports around Tampa Bay; apparently people check his videos from time to time and then report him if they feel he's violating any rules. For the record, the FAA did indeed complete an investigation and ruled that they did not find him in violation of any FAA guidelines either of those times.

Current FAA regulations generally require staying 5 miles outside of an airport and flying under 400 feet above ground. However, there are some locally operated websites from airports to help document flights within a 5-mile radius: e.g. http://tampaairport.com/uas. Otherwise, there are also other rules about flying above crowds, night flying, and flying in locations where a falling UAV could prove risky and cause damage and/or injury. If you visit the FAA website, you'll see how complicated the regulations are and how they're constantly evolving. 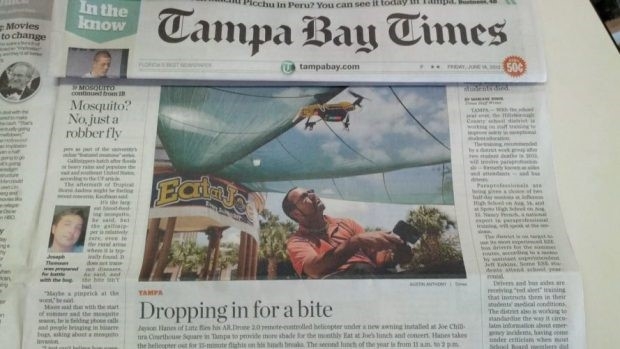 The second point is more about making money from pictures and video footage captured by a UAV. There have been various regulations around commercial UAV flying. Specific, well-understood laws have been a moving target now for several years. The FAA is still working out the details on how to make commercial operations legal. Jayson speculates that future rules will require taking an aeronautical flight test and obtaining some kind of licensing. Going commercial is not something that he's currently interested in, but he's been accused of flying commercially before (at a time when it was deemed illegal, per se) and has been sent letters by the FAA because complaints were filed by members of the public at large who see something they question as not legal or allegedly unsafe on his YouTube channel.

Jayson is an outspoken UAV hobbyist, so he's been interviewed hundreds of times about these topics.

Privacy is an unavoidable topic, while on the subject of UAVs. Jayson was clear to lay down the rules that he's researched carefully over the past few years. First, "there is no expectation of privacy in public," he said. This includes backyards. Therefore, if you're sunning in your backyard and a UAV flies over and captures footage of you, this is within the bounds of UAV enthusiasts. However, if it's more of a "stalking" behavior vs. a casual flyover, someone could theoretically file charges and take it to court (various local laws and/or ordinances vary). Jayson also notes that Google Maps can and does see your backyard better than a UAV. 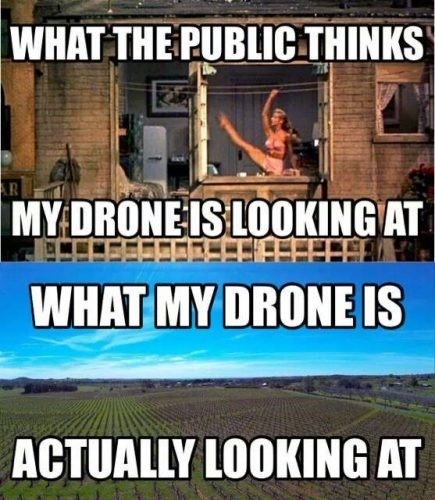 In addition, "the FAA owns the airspace from the ground up" (at least, in the US), Jayson said. There are general rules of which hobbyists should be aware. For instance, you can't launch your UAV in a national park, but you can launch from outside a national park (from non-park grounds) and then fly over. The full list of rules should be reviewed on the FAA website. 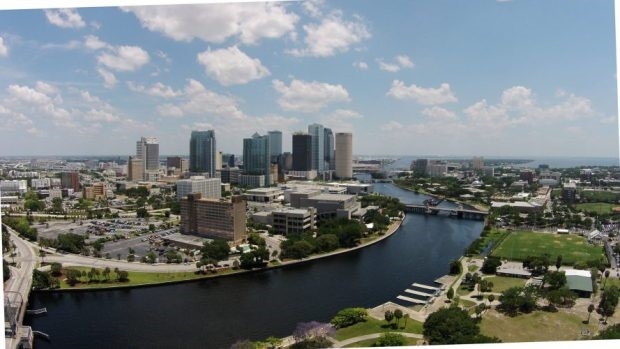 What's Up Next for Jayson? 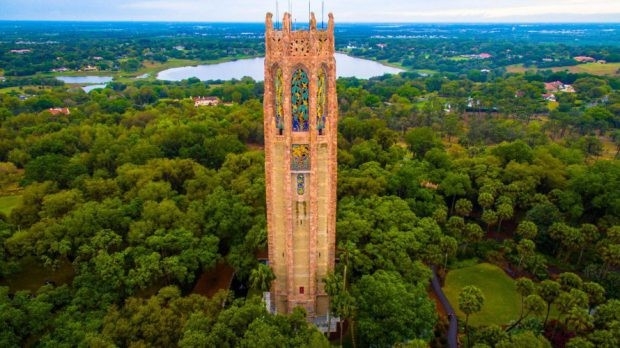 Jayson has been operating his UAVs for some time now, although it seems short. He's fulfilled most of his goals already. He's gone to every landmark within a reasonable driving distance. He said his future goals are simple:

For instance, last year at Halloween Jayson saw there was something happening in downtown Tampa near where he works. He was walking around at lunch with his UAV on his back. It turns out they were setting up a zipline on a closed street for some other commercial purpose. He quickly set up and caught some video of this zipline commotion and noticed something else nearby – a large building-hung banner was onerously visible. The party responsible for the banner (and the event that was advertised) saw his video and thought it was great. They retweeted his video and gave him two tickets to their event – an exclusive haunted house!

Thank you kindly for your time, Jayson! We hope to see you at future Kscope events! 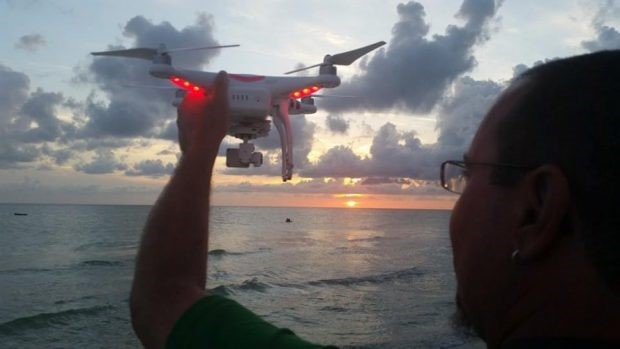 (Jayson and his prior DJI Phantom 2 Vision+)

It is with a warm heart and a happy smile that I end my yearlong ODTUG Member Series journey with this post. Thank you to all of the interviewees for letting me peek into your personal worlds and also to ODTUG for giving me a public forum to share the great hobbies of our community members. The many bright minds and talents of our user group prove why we are one of the best!

We are pleased to announce the 2020 ODTUG Women in Technology (WIT) Scholar—Evelyn Bolton, IT Tech Lead at TTI Floorcare. Read Evelyn's full interview and her incredible bio
Thank you to Our 2020 Leadership Program Coordinator

The ODTUG Leadership Program is a unique program offering selected applicants the ability to learn a variety of topics including leadership styles, effective communication, mentoring, team building, a...
Thank You to All Our ODTUG Kscope20 Volunteers

Although we were not able to hold ODTUG Kscope in person this year, we want to thank all of you for your time and contributions.. The conference  takes a full year of planning and organizing to b...