As I run through the days, I realize that Monday may have been the most nerve-wracking for me.  Starting off with the General Session, it is our chance to address the attendees by giving them updates on ODTUG activities, conference news, awards, etc…

One of the first pieces of news that I was able to talk about was the fact that our attendance and paid attendance grew by 50% from 2009.  This continues an upward trend for ODTUG Kaleidoscope.  In 2009, our attendance grew (not by this large amount) when the economy was in trouble and every other conference was down on attendance by 30% or more.  In 2010, most conferences that I have heard of are reporting gains on attendance from 2009 numbers.  While this is true (and congratulations to the other independent Oracle user groups for their growth numbers), I don’t believe that anyone has claimed the growth that we have experienced.  This is not the result of a single event or decision, a single person, or luck.  I believe that this is a result of the entire team responsible for the conference:  the conference committee, the content teams, the volunteers, speakers, Oracle ACE and ACE Directors, Oracle itself, and all of the rest of the vendors.  In addition, our management team at YCC, led by Kathleen McCasland, the ODTUG Executive Director, is the best in the business, and a true partner with ODTUG in every initiative.  Thanks to everyone that made this conference a success!

We announced our SP Conference was going international, planned for Brussels, Belgium.  I’ll talk more about this in an upcoming post.  Another special announcement was that we are hosting a second SP conference this fall, this one in Dallas, Texas.  Again, I’ll have more details in another post later on in the blog. 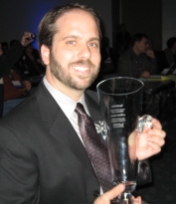 Next, co-conference chairs John Jeunnette and Jerry Ireland took the stage to talk about the conference, and hand out some awards.  Speaker awards from the 2009 conference went to Michael Rosenblum, Sten Vesterli, and Cameron Lackpour.  The Editor’s Choice Award for the best paper for the 2010 conference went to Cary Millsap.  Congratulations to all of our award winners.

The next announcement came in the form of announcing the 2011 Conference Chair.  Oracle ACE Director Edward Roske was named as the 2011 Conference Chair.  Edward then led the attendees through a fun, fast paced look at Kscope 11, and announced the location of Long Beach, California.  Our special event in 2011 will be held on the Queen Mary.  Edward also used text messaging for live polls of the audience in real-time during his talk at the general session.  The challenge is in front of Edward and his conference committee to make 2011 event better than 2010.  I’ll be working with them side by side to help make this happen.

Then, I had the extreme privilege of introducing our keynote speaker, Lee Rainie.  Lee talked about the social impact of the internet, and the many surveys that  the Pew Research Center’s Internet & American Life Project has conducted recently.  Lee was a very interesting keynote speaker, one that had broad appeal to our widely varied attendees.

After a full day of conference activities, we hosted the “Sundown Sessions with the Oracle ACE Directors”.  These sessions, all hosted by Oracle ACE Directors, is a big hit with our attendees.  After this was over, we welcomed the Java Bus for a stop on its Code to Coast Roadtrip.  This was a good event that supports Oracle and demonstrates their commitment to the Java Community.  To see a video of the Kaleidoscope stop, click here.

We also presented Vikki Lira and Lillian Buziak (unfortunately, Lillian was unable to attend Kaleidoscope) with the Oracle Contributor of the Year Award.  I can think of no one more deserving than these two ladies, due to their support of the entire user community, the Oracle ACEs and ACE Directors, and ODTUG specifically.  Congratulations once again, Vikki and Lillian.

However, from a personal standpoint, the highlight of my evening was being presented with an Oracle ACE Award.  I am very proud of this accomplishment, and was surprised to receive it at the conference.  Thanks to all who made this happen! 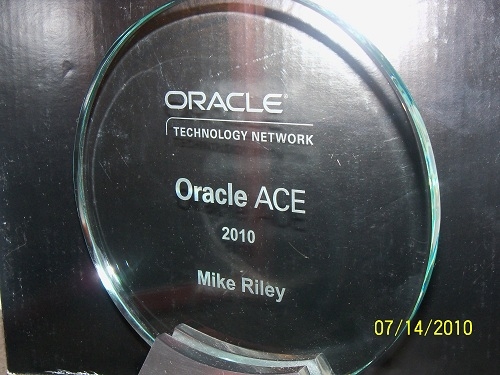