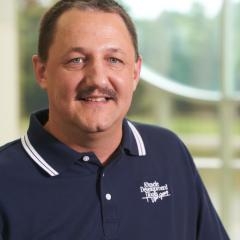 It's that time of year again...

It’s time for my annual pilgrimage to the spectacle that is Oracle Open World. Held in San Francisco, California, this even brings together 40,000+ of my favorite friends each and every year. This conference is nothing like Kscope, but would you really want another conference that rivals Kscope?http://www.kscope13.com/ After all, Kscope is the conference for your educational, networking, and hands on training needs. (Shameless plug – we need your abstracts, as content is the absolute most important part of the conference, and the abstract submissions are due by October 15th). But I digress...so why do I make this trip every year?

First and foremost, this is a great opportunity for us to reach out to users in the community that have never even heard of ODTUG. Well, at least those that have been hiding under a rock...Seriously, there are a lot of users in the Oracle community that don't know anything about user groups in general, or ODTUG in particular. So, we man our station in the User Group Pavilion in Moscone West, along with many other user groups, and talk to those folks that are looking for additional resources about their investment in Oracle tools, the Oracle database, or for that matter, any technology that could be used against the Oracle database.

Second, Sunday at OOW (Oracle Open World, I hope that it is OK with you that I abbreviate it from now on) is designated as the User Forum Day. We at ODTUG, along with our content chair for OOW, Kent Graziano, work hard to put together five symposiums that give the OOW attendees a “taste” of Kscope! We have Fusion / ADF, Application Express, Database, Business Intelligence, and Hyperion symposiums scheduled, and these are generally a big hit with the attendees, as we've had upwards of 300 people in a single symposium in years past. So, we hope that we'll see some folks and convince them that ODTUG is the place to be.

Of course, not all of the attendees are a good fit for ODTUG. For those folks, there are several other user groups that might be a good fit. We try to let people know what we're about (and what we're not), and then help them find a user group that will provide the resources that they need. OAUG, IOUG, OHUG, QUEST, HEUG, even the international user groups may be the right place for them to go.

While at OOW, I'll be trying to get you some news each day about the happenings, who I've met and the goings on during my stay at OOW. There are several events during the week to talk about, including the sessions, the keynotes, the parties, the Music Festival, and of course, the Appreciation Event, this year headlined by Pearl Jam and the Kings of Leon.

Talk to you later this week...